Zambia is a landlocked country in Southern-Central Africa covering 752, 618km². It is divided into 9 provinces. This country, formerly known as Northern Rhodesia, gained its independence from the United Kingdom in 1964 and today operates as a fully democratic country.

The last elections were held in September 2011 which Michael Sata’s Patriotic Front won. Zambia’s natural attractions have become very popular destinations among travellers from all over the world in the last couple of years. The Victoria Falls, the largest waterfall on planet earth based on a combination of width and height, and South Luangwa National Park, one of Africa’s top animal sanctuaries, draw a lot of people to this lovely country. 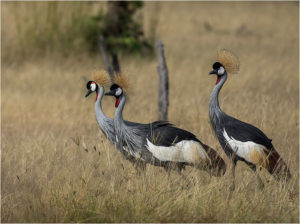 Tourism contributes 2,3% of the Zambia’s Gross Domestic Product and directly supports roughly 22 000 jobs all over the country. Zambia has donated a third of its land area to the protection of wildlife. Zambian people are known for their friendly smiles. They like to sing and dance and they possess an incredible ability to make a good plan out of nothing. If there is a tree where you want to build your shop, build a tree-shop!

Nationals of countries which require visas to enter Zambia for the purpose of visiting friends or relatives or for the purpose of travel (less than 30days) should be issued with visas at Zambian Missions abroad or ports of entry. To see if you need to obtain a visa to visit Zambia Click Here

Airport departure taxes apply for many local ($11) and international ($25) flights.

Travellers may, for their own consumption, bring into Zambia 2,5l. of duty-free beer, wine or spirits as well as 400 cigarettes or 500gms of tobacco.

Some countries, most notably South Africa, require any travellers from Zambia to have a valid proof of yellow fever vaccination. Even though yellow fever us not a problem in the Luangwa Valley, some of our guests might still be required to have valid yellow fever certificates.